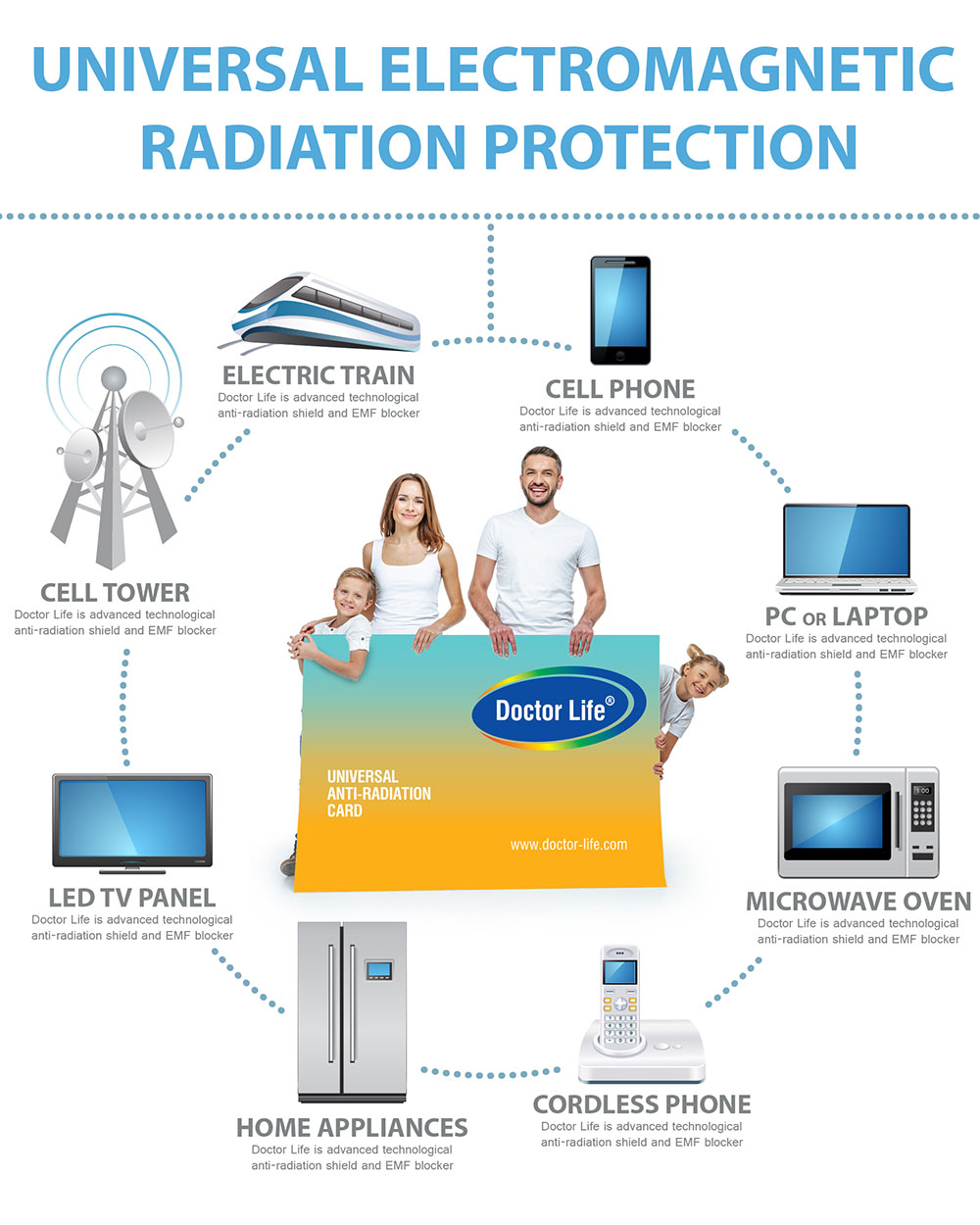 The harmful effects of electromagnetic radiation on the human body and animals has been known long before. It was found that when the electrical and electronic devices work different combinations of energetic influences that cause significant harm to human health occur. Electromagnetic pollution arising and growing as a result of technical progress shows in the form of additional and negative energoinformational metabolism in cells and blood, resulting in decreased immunity of living organisms and unexpected results: its destructive effect is manifested in the form of diseases and ailments of diverse etiology.

The World Health Organization (WHO) considers electromagnetic pollution of habitat as one of the major threats to the health of mankind. In spite of their low level the impact of such signals has the most negative impact on the condition of the body.

These frequencies, often called bioresonance, lie both in the low frequency range (5-35) Hz for individual functional human organs and in the high-frequency (50-70) GHz range of electromagnetic scale for most elements of the body, blood and its constituent elements. The greatest danger to the human body is the high-frequency range, because in this range even one quantum of energy is able to cause much damage to the cell.

The above problems can be solved by the development of a series of personal protective devices against harmful electromagnetic radiation (EMR) by outstanding Russian scientist and inventor, Doctor of Technical Sciences, author of more than 180 patents and scientific papers in the field of human protection from EMR, Valentin Evgenievich Shubin.

Protective devices of D.Sc. V.E. Shubin are based on pictographic principles and represent a multi-layer dielectric substrate made of alternating magnetic and diamagnetic layers with applicators of different shapes, made of special alloys with some technological and design features, which are the know-how. The substrate is covered with protective lacquer film, on top of which a layer of porous material of low specific weight is applied.

When electrical and electronic devices work a complex (non-linear) pattern of distribution of electromagnetic tension in the «near zone» is created. Thus any electromagnetic signal contains upper harmonics in its structure in addition to basic frequency which are known not to carry useful information but reduce device performance and create «spurious» noise. That is why these components are called electromagnetic smog, spurious radiation or electromagnetic pollution. Distinctive feature of electromagnetic smog is the fact that in a certain way is polarizes adjacent space, which, in turn, violates the energy information exchange in the cell and leads to a noticeable impact on the living organism, i.e. the ability to quickly and permanently get various diseases.

The device is barrier filter in the form of short-circuited turns of certain size. When getting into the negative radiation zone a powerful induced counter electromotive force appears in the device aimed at damping «unfavorable» radiation in the most dangerous for the human frequency range (40-70 GHz). That is if we took a beam, built it back in the opposite phase, reflected as from the mirror and closed it. At its core, the device is the electromagnetic «terminator» capturing radiation that is harmful to humans and shorting it.

Not only «harmful» radiation is extinguished in the range of the device, but also «useful» radiation is created that brings the inner human energy system to a harmonious state, «pulling» power of organs weakened by disease to correct level.

To explain the effect of absorption of EMR by thin good conductive films let’s try to appeal to the laws of propagation of microwaves in waveguides. In waveguide the EM wave propagates without loss until it meets with an obstacle in the form of a thin film. If the conductivity of the film (impedance ZB = wL/wC) does not match the impedance of energy flow the energy of the flow is totally reflected. This is property of the incident wave vector when vector E inc is summed with vector E refl and the resulting vector E res = 0, since the thin films hardly absorb but 100% reflect the incoming energy.

Our devices do not emit, but merely redistribute and reduce the EMR flows coming from electrical installations.